A former altar boy and a former U.S. Army interrogator, respectively, John F. Buckley and Martin Ott were raised in Michigan, meeting each other at the University of Michigan-Ann Arbor before separately migrating to California in the early 1990s to attend graduate schools, their friendship evolving into a writing collaboration – what they refer to as poetic volleyball (really a form of exquisite corpse). John still affects a strange piety; Martin still finds himself asking a lot of questions. 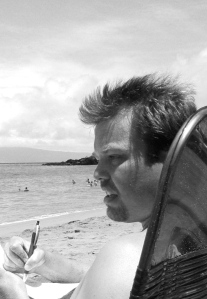 Individually and together, their writing has appeared in over 200 periodicals and anthologies, each garnering multiple Pushcart Prize nominations for their collections and individual poems.